The European and American teams got together to celebrate the end of the Ryder Cup at Gleneagles Hotel on Sunday night. There was no shortage of alcohol and things got a little weird. Rory McIlroy posted the above photo of himself with Stephen Gallacher on his Instagram, wearing a wig and tartan kilt — oh, and he was shirtless.

On the American side, Rickie Fowler and (a presumably sober) Bubba Watson posed for a similar photo sporting the same costume as McIlroy.

McIlroy told Sky Sports in a TV interview that the victorious Europeans had fun partying with the Americans following the conclusion of the Ryder Cup. He also revealed that Phil Mickelson and Tom Watson were no-shows to the celebration.

“We had a great time with the American team last night, they seemed in good spirits,” McIlroy said. “Tom wasn’t there, he didn’t really hang around too much.

“It was unfortunate. We don’t know what the dynamic was in the team room. All we know if we had a great captain and we did the things we needed to do to be able to win the Ryder Cup.

“I’m sure the Americans will go back now and think about what didn’t go right.”

The part about Tom not hanging around much is quite telling. In other words, Watson wasn’t in tune with his team and kept to himself (it was probably his nap time).

Meanwhile, Captain Paul McGinley is happy that the Ryder Cup isn’t a ping pong match. Some of the Europeans went into the American Team Room on Sunday night and they had a little tournament. If it’s any consolation, the U.S. won with ease.

“A lot of our players went into the American Team room, played them in table tennis and we got our ass kicked,” said McGinley, laughing, during his Monday morning press conference. “I’m glad that The Ryder Cup is not a table tennis championship. But that was great. That was great to see that, as well.”

The players celebrated in various ways as we saw via their social media accounts. 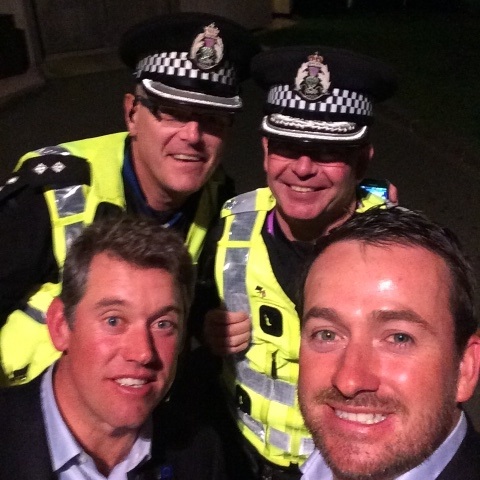 One thing’s for sure, the Europeans were certainly hurting on Monday morning. In fact, at least one of them was still intoxicated and that would be no other than the man who secured the point to retain the Cup.

In an interview with Sky Sports, Donaldson was asked if the magnitude of clinching the winning point had sunk in yet.

“No, because I’m still drunk,” he said, candidly (or because he was still drunk).