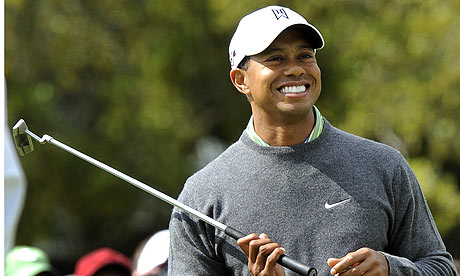 Tiger Woods will return to action at next week’s Quicken Loans National at Congressional Country Club. The news of Woods’ return comes after hearing he was hitting full shots this past weekend.

Tiger has been sidelined since the end of March after undergoing back surgery to fix a pinched nerve. He had been dealing with the back issue since last August at the Barclays when he fell to the ground in pain. Woods opted for surgery after withdrawing from the Honda Classic, and then barely finishing the WGC-Cadillac in early March.

“After a lot of therapy I have recovered well and will be supporting my foundation next week at the Quicken Loans National. I’ve just started to hit full shots but it’s time to take the next step. I will be a bit rusty but I want to play myself back into competitive shape. Excited for the challenge ahead.”