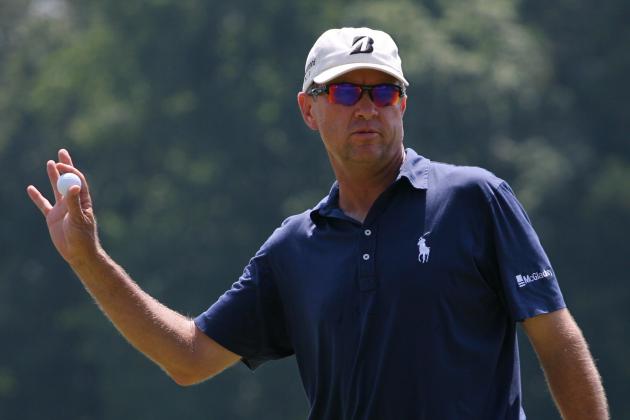 Davis Love III has found himself in the mix through two rounds of the FedEx St. Jude Classic. The soon-to-be Hall of Famer is currently tied for fourth place at five-under.

DLIII fired his lowest score of the season, 65, in the first round. He had a rocky first few holes, but shot a back nine 30 to move into contention. Today, Davis had a great round going, but bogeyed seven and nine (started on hole 10) for an even-par 70.

Love spoke about his second round to PGATour.com, “It was solid. I missed a few fairways, if you miss fairways here you are going to pay the price, but I hit a lot of good shots, and I’m rolling the ball real well.”

It will be interesting to see how well Love plays on the Champions Tour once he decides to make his debut, but for now, he is still competing with the best players in the world on the PGA Tour.

Here is the full interview, courtesy of PGATour.com: