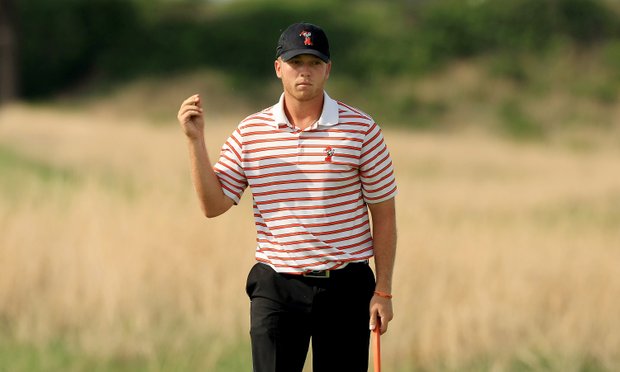 The Cowboys are guided by first year head coach Alan Bratton who spoke about what makes his team successful after defeating Stanford in a close match, “That’s been the strength of our team all year is the depth, and everybody up here got a point in one of the matches and some guys got two.” The Cowboys will need every member of their team firing to have a chance against the Tide.

Alabama has reached the finals three straight years, and won the NCAA Championship last year against Illinois. Three players returned for their senior season to pull off the improbable two-peat: Bobby Wyatt, Cory Whitsett, and Trey Mullinax. On top of having three stellar seniors, Alabama’s freshman, Robby Shelton, won SEC Player of the Year honors. If their fifth player, Tom Lovelady, wins his match, then it is game over for the Cowboys.

Bama head coach Jay Seawell spoke about getting to the finals three years in a row after defeating LSU 4-1 in the semifinals, “I think it’s a credit to our seniors, Cory, Bobby and Trey. They came to school here to do things like this. They are the engine. They are the energy that allows us to do that, and with that being said, I’m just really proud for them.”

It also helps to have a “diaper dandy” on your team in Shelton who won both his quarterfinal and semifinal matches.

The tradition and momentum from a narrow victory in the semis may be enough to get the Cowboys past the Tide, but it is a tossup in match play.