Ian Poulter needs your help finding a new putter that will rekindle his superpower skills on the greens (though they generally show up most prominently in match play events).

After finishing tied for 25th at the French Open last week, Poulter tweeted on Monday that he was breaking up with his putter, an Odyssey XG No. 7 — the same one he used to charge Europe’s stunning comeback victory over the United States in the Ryder Cup last fall.

I am sacking my putter, I will use a new putter at the Open. Putter manufacturers please send me some to try to my IJP office please.

I’m not blaming the putter, I’m saying I want to use a new one. Every time I change I’ve had big success with a new look.

Translation: It’s not you, it’s me.

Just some times you just need to look down on something new. And it’s time. I holed 2 birdie putts today. 1 was 12″ and the other 4″

It’s my Ryder Cup putter and I think it needs a rest in my trophy cabinet. Time for a change. Need a good visual for the Open.

There’s that ego we know and tolerate! When golfers say it’s “time for a change,” it’s code for “things aren’t going well and it can’t possibly be something I’m doing.”

Usually, if it’s not equipment, the first to go is the caddie, followed by the swing instructor or sometimes the mental coach, then the trainer, and finally, the groupie best friend or guy who polishes the Ferrari. Not really, but you get the point.

Naturally, Poulter took to Twitter to put the word out to club manufacturers that he needed a new flatstick.

Putter companies I’m going to start the rounds calling for options to test this week ahead of the Open. Where shall I start… #Newwand

And, poof! — the first batch showed up the next day (which isn’t uncommon for Tour players when they make such requests — at least for the “bigger” names):

In fact they have just arrived. Putters are on there way thru the front gate. Happy days. http://t.co/C3lYYrHyx2 — Ian Poulter (@IanJamesPoulter) July 9, 2013 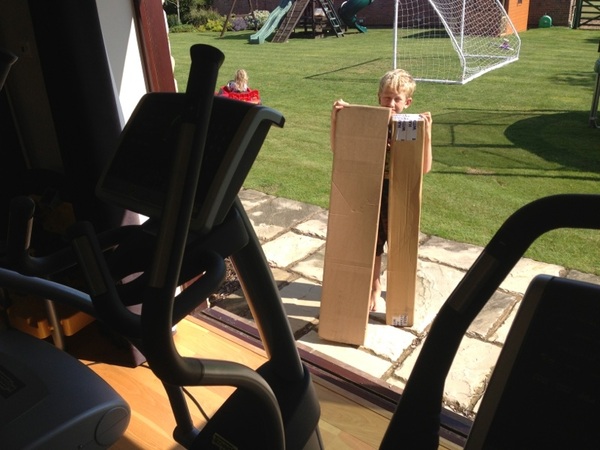 A few new weapons to test on the putting green. Odyssey and Taylormade putters are the first to arrive. #TheOpen http://t.co/pmZjGgvM4E 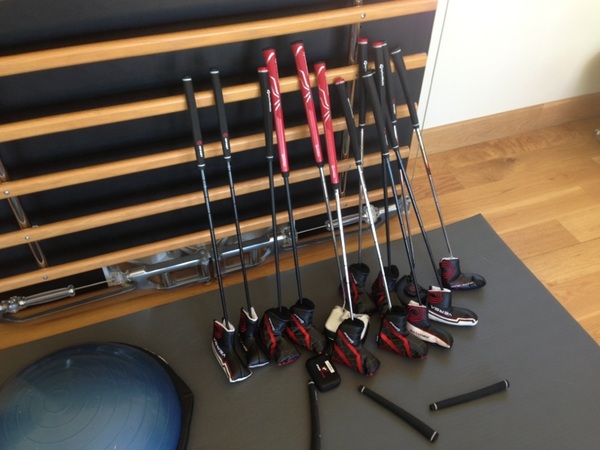 When Poulter says a “few” arrived, he meant 14 different putters from TaylorMade and Odyssey for him to test and just maybe one of them would be the right fit.

Poulter is winless this season, securing his best finish at the Match Play (surprise, surprise!), where he placed fourth.

How is Poulter faring stats-wise in putting this season, anyway? Well, at a glance, he’s been pretty mediocre — not poor, but not good, either. He ranks 45th on the PGA Tour in strokes gained putting. Last season he was 71st and the year before he was ranked 40th in the same stat. While he’s not missing putts inside five feet, he’s also not making a lot of putts from 10-15 feet. He ranks in the 60s on Tour from that range, which is pretty much the “red zone.”

It does not appear that Poulter has decided on a putter for next week’s British Open yet, but of course, he has time since he’s not playing in the Scottish Open this week. Stay tuned!

In other Poulter news, he also tweeted parts of his report card, which shows teacher comments from P.E. and “Modular Studies.” This is actually quite priceless. Apparently, Ian needed to be “more considerate of his classmates” and was “prone to loud outbursts.” I’m absolutely shocked.

Poulter also had 46 absences that year. Yep, he missed 46 out of 154 days of school. Well, that certainly explains a lot, but clearly things have worked out OK for him.

I think I got bored with school in my last year. That’s what you call skiving and going up the golf club. pic.twitter.com/ACwthDiNOx