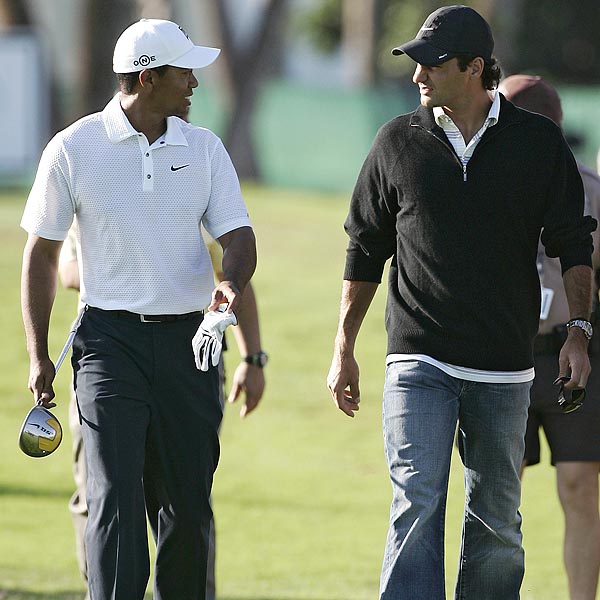 “They’re going to make you do what!?”

In a move designed to placate critics of its current anti-doping regime, the International Tennis Federation (ITF) has approved the immediate introduction of so-called “biological passport” programmes on each of the sport’s major professional tours.

The announcement, arriving as it does a mere three weeks after NBA commissioner David Stern reiterated his commitment to blood testing, only furthers golf’s isolation from the mainstream of world sport.

The passport system, currently in use throughout most Olympic sports — including athletics, swimming and cycling — allows for the creation of detailed individual profiles against which biological abnormalities can more readily be identified.

Severely underfunded, tennis’s drug-testing programme has struggled in recent years to keep pace with developments in doping technology. Indeed, the ITF was roundly mocked for performing a mere 21 out-of-competition blood tests in 2011 (cycling’s governing body, by contrast, managed to carry out 3,314 within the same time period).

A series of controversies, however, including the Lance Armstong affair and trial of Spanish doctor Eufamiano Fuentes, in which a number of unnamed tennis players have been implicated, have since forced the organisation to reconsider the threat posed by performance-enhancing drugs .

News of the reform has already been welcomed by a number of grand slam champions, including Roger Federer and Andy Murray.

Incredibly, golf’s current testing regime manages to look anaemic even by comparison to that abandoned by the ITF.

The PGA Tour still refuses to administer blood tests — the only reliable method of detecting several banned substances, including HGH and Vijay Singh’s troublesome IGF-1 — and a recent survey conducted by Karen Crouse of the New York Times (one of the few journalists actively pursuing the issue, and doing so brilliantly) revealed the extent to which out-of-competition testing on the circuit remains a rarity. Indeed, of the 54 players she interviewed, not one has ever been asked to provide a urine sample away from a tournament venue.