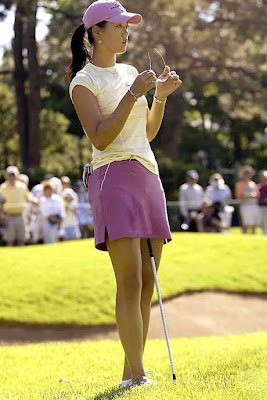 [**To learn more about Michelle, check out Eric Adelson’s book THE SURE THING: The Making and Unmaking of Golf Phenom Michelle Wie — actually, the Armchair Golfer is having a free drawing for an autographed copy. Go HERE for a chance to win.]